So, let’s start at the beginning. Bitcoin was designed to be a decentralized alternative to the banking system. This means that without the intervention of a central authority, the system can function and transfer funds from one account to another. But like me, don’t you think transferring money is simple when there is a central authority: Tell the bank that you want to transfer $50 from your account to someone else’s.  But In this case, the bank wields absolute power because it is the only entity authorized to update the ledger that records everyone’s balances in the system. We need a decentralized system, but how does one develop a plan with a decentralized ledger? Blockchain protocols handle this very creatively, allowing anyone who wants to update the blockchain, which is a log of Bitcoin transactions, to do so. This is bitcoin mining in simple terms. You have to pick a random number that will answer an equation that the system will produce. Isn’t it simple and clear? Of course, your computer is doing all of the guessings. The more powerful your computer, the more guesses per second you can make, boosting your chances of winning this game. You earn Bitcoins if you predict correctly.

How Bitcoin Mining Is Done?

Mining cryptocurrencies is similar to precious mining metals. Crypto miners will initiate the release of new coins into circulation, similar to how precious metals miners will find gold, silver, or diamonds. Miners must deploy devices that solve complicated mathematical equations in cryptographic hashes to be rewarded with new currency. A hash is a data chunk’s shortened digital signature. Hashes are used to encrypt data sent over a public network. Miners compete with their peers to find a hash value generated by a crypto coin transaction, and the first miner who breaks the code receives the reward and adds the block to the ledger.

Each block refers to the preceding block using a hash function, establishing an unbroken chain of blocks that links back to the first. As a result, network peers may verify if certain blocks are valid and whether the miners that confirmed each block solved the hash correctly to collect the reward.

Why Does It Happen?

The mining difficulty works in a way that a new block is added every 10 minutes on average. Two blocks can be added minute by minute, followed by an hour of waiting for the next block. If we look in the long run, this will average out to ten minutes. As you might expect, such a self-adjusting system sparked an “arms race” to find the most efficient and potent miners as quickly as possible.

There weren’t many miners when Bitcoin first started. Satoshi Nakamoto, the Bitcoin creator, and his friend Hal Finney were among the few people mining Bitcoin with their computers at the time. Because the mining difficulty was low in 2009, using your CPU was sufficient for mining Bitcoin. People began looking for more powerful mining solutions as Bitcoin became more popular. People gradually switched to GPU mining. A GPU is a computer component that allows for more complicated calculations to be performed. GPUs were created to allow players to play computer games with high graphical needs. They were prominent in cryptography due to their architecture, and people began mining Bitcoins with them about 2011.

Is It Worth It?

The question that can come to mind is, “Is Bitcoin mining actually worth it?”

Several factors go into assessing if crypto mining is lucrative. Whether a prospective miner chooses a CPU, GPU, ASIC miner, or cloud mining, the hash rate, electric power consumption, and overall costs of a mining rig are the most important factors to consider. Crypto mining equipment uses much electricity and generates much heat. ASIC miners, for example, use 72 terawatts of power to mine a bitcoin in about ten minutes. These values will indeed differ as technology advances and mining difficulty increases. Even if the machine’s price is critical, electricity usage, local electricity, and cooling costs must be considered, especially with GPU and ASIC mining rigs. It’s also important to look at the difficulty level of the cryptocurrency that someone wants to mine to see if the process is even profitable.

Should You Mine Bitcoins?

After reading all this, you should be able to answer this question now. Keep in mind that there may be better options for generating a more significant return on your investment than Bitcoin mining. For example, depending on the price of Bitcoin, it may be more advantageous to buy Bitcoins rather than mine them. Another alternative is to mine altcoins like Ethereum, Monero, or Zcash, which can still be mined with GPUs.

Suppose you want to invest in crypto and learn everything about it. I recommend you talk to a crypto expert at Kryptomind. They are a full-lifecycle software development expert with the upper hand in blockchain, IoT, mobile app, and web development.  They provide deliberate and dynamic technology solutions that attain real business results for businesses in diverse industries, including; Government, Financial Sectors, Public Safety, Healthcare, education, and many more. They have a prominent team of developers & designers with extensive experience in their respective fields. 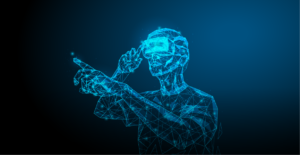 All You Need To Know About Metaverse Development 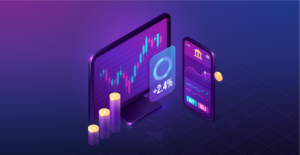 How To Launch A Crypto Exchange 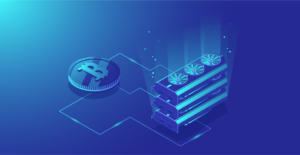