How to Implement Gasless Transactions?

In the Ethereum world, gas is crucial. To use an example, it is the fuel that permits it to run, much as a car needs fuel to run. By definition, the term “gas” refers to the unit used to quantify the amount of computation required to complete a particular operation.

Each Ethereum transaction has a cost since they all need computing resources to complete. The native currency of Ethereum, ETH, is used to pay gas fees. Additionally, gas price is typically expressed in Gwei units, which are itself a denomination of ETH. One Gwei is equivalent to 0.000000001 ETH (or 109 ETH).

Why Do Gas Fees Exist?

This raises the question of whether or not these gas costs can be eliminated.

Yes, we can do that, thanks to meta-transaction.

A crucial governance layer exists within the context of ERC-20 token transfers: The interaction between approve and transferFrom, which allows tokens to be transferred between externally owned accounts (EOA) and used in other contracts under application-specific conditions by abstracting away msg.sender as the defining mechanism for token access control, is arguably one of the primary reasons for the success of ERC-20 tokens.

Nonetheless, this solution is constrained by the fact that the ERC-20 approve function is specified in terms of msg.sender. An EOA must conduct the user’s initial activity utilizing ERC-20 tokens. If the user wants to engage

with a smart contract, two transactions are required (approveand the smart contract call, which will internally call transferFrom). Users must own ETH to cover transaction gas expenses even in the most basic use case of paying another person.

How Can We Resolve This?

To address this issue, we may add a new function permit to the ERC-20 token contract that enables users to change the allowance mapping using a signed message (through secp256k1 signatures) rather than using msg.sender. In other words, by submitting a message that the account has signed, the permit method may be used to modify an account’s ERC-20 allowance (see IERC20.allowance). The token holder account does not need to make a transaction and is thus not necessary to retain any ETH because it does not rely on IERC20.approve.

The signed data is organized in accordance with EIP-712, which is already widely used by major RPC & wallet providers for an enhanced user experience. 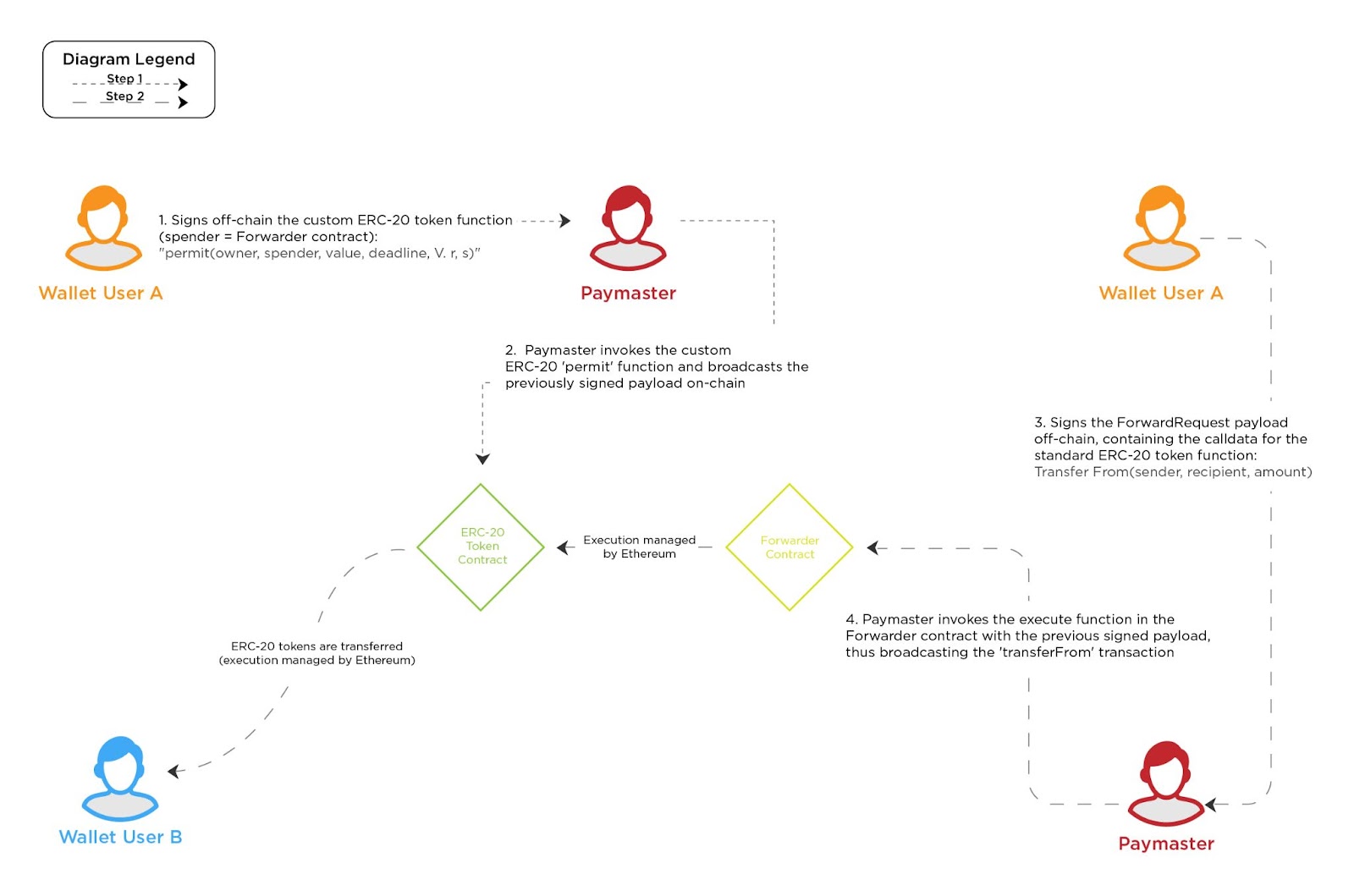 Our example smart contract denoted as Forwarder.sol implements the EIP-712 domain separator (_domainSeparatorV4) that is used as part of the encoding scheme, and the final step of the encoding to obtain the message digest that is then signed via ECDSA (_hashTypedDataV4).

A Smart Contract for Extensible Meta-Transaction Forwarding on Ethereum

The smart contract Forwarder.sol extends the EIP-2770 and entails the following core functions:

verify: Verifies the signature based on the typed structured data.

We track a nonce mapping on-chain to provide replay prevention. Furthermore, the Forwarder prevents anybody from publicizing transactions with potentially nefarious purposes. The execute function of the sol smart contract is protected by a whitelist. Furthermore, the smart contract is Ownable, which offers a rudimentary access control mechanism in which an EOA (an owner) is allowed exclusive access to certain functionalities (i.e., addSenderToWhitelist, removeSenderFromWhitelist, killForwarder, pause, unpause). Furthermore, the smart contract function execute is Pausable, which means it incorporates an emergency stop mechanism that the owner can activate. Finally, a selfdestruct operation is built as an emergency backup using the function killForwarder.

Note 1: It is of utmost importance that the whitelisted EOAs carefully check the encoded (user-signed) calldata before sending the transaction.

Note 2: calldata is where data from external calls to functions are stored. Functions can be called internally, e.g., from within the contract, or externally when a function’s visibility is external. When such an external call happens, the data of that call is stored in calldata. 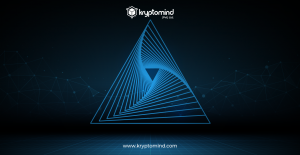 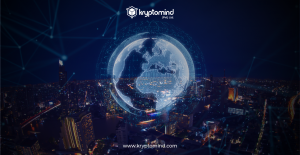 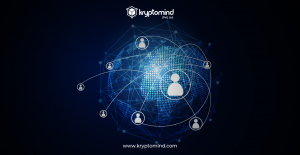