Learn Everything About Cardano Smart Contracts

According to the Cardano blockchain, the new Alonzo Hard Fork of Cardano gained traction as soon as it was introduced on the network after the fork was initially distributed. On September 13, 2021, the latest Alonzo update went live on the main net after being published earlier that day. As a direct result of this development, it is now possible to create smart contracts and deploy them on the main net.

Alonzo adds smart contract capabilities to Cardano and improves its usefulness by adding Plutus scripts written in a straightforward, functional language like Solidity or Haskell and enabling users to deploy the scripts anywhere they want.

Smart contracts are essentially programs that run when specific criteria are satisfied and are recorded on a blockchain. They are often used to automate the implementation of an agreement, so every member is confident of the conclusion instantly, without the participation of an intermediary or time lost. These are used to automate a workflow by automatically activating the next activity when certain circumstances are satisfied.

Smart contracts execute basic “if/when…then…” phrases encoded into blockchain code. When preset circumstances are met and validated, a network of computers conducts the activities. These activities might include registering a vehicle, transferring payments to the appropriate parties, issuing a ticket, or providing alerts. When the transaction is completed, the blockchain is updated. This implies that the transaction cannot be modified, and the results are only visible to persons who have been granted permission.

A smart contract can have as many specifications as necessary to reassure the participants that the work will be executed correctly. Participants must identify how transactions and associated data are represented on the blockchain, agree on the “if/when…then…” rules that govern those transactions, investigate all conceivable exceptions, and design a framework for resolving disputes to set the terms.

It is a domain-specific language (DSL) for creating financial blockchain applications. Marlowe DSL offers the following:

Marlowe has these features:

How Can You Establish Smart Contracts With Cardano?

Marlowe, which has eight unique processes in the creation of a smart contract, is utilized by Cardano.

The following are the eight steps:

When the pay a p t v cont instruction is executed, the value of the token t will be transferred from the account a to the payee p, who will either be a participant in the contract or another account associated with the contract. Warnings will be generated if the value of v is negative or if there are not enough funds to finish the payment in its entirety. Only a portion of the total due is paid in the latter scenario.  The term “cont” denotes the continuation contract outlined in the original agreement.

The word “Close” denotes how the contract will be canceled. The primary purpose is to provide holders of accounts with a net gain with a refund. This procedure is carried out for each account, but all accounts’ remuneration is handled in a single transaction.

Choosing one of a few different options, such as a value from an oracle (more on this in the following section) or signaling an external worth.

Oracles are currently being developed for the Cardano blockchain and will be available to users of Marlowe on Cardano once they are complete. Oracles are portrayed as choices made by a player who has a particular Oracle function known as a “Kraken.”

If the role of a contract is “Kraken,” and that role makes an option such as “dir-adausd,” then the Playground simulation will pre-fill this choice with the most recent value of the direct ADA/USD conversion rate based on data from Cryptowat.ch. If you replace the prefix inv- with the prefix inv-, you will be able to obtain the inverse rates of the currency pairs that were given.

If the conditional evaluates to true and the action If obs cont1 cont2 is carried out, the behavior will continue as cont1 or cont2 depending on the value of the Boolean variable obs.

If using the most difficult contract function Object() [native code], it is triggered whenever situations timeout cont. It is a contract that is activated by events that may or may not occur at any given time: the cases in the contract explain what takes place when particular actions occur.

A collection of cases is supposed to be added to the list if the case’s timeout condition occurs, as stated in the contract. Each case is written out using Case ac co, where ac stands for the action and co for the continuation (another contract). When a particular event, such as ac, takes place, the state shifts and the contract continues as the relevant continuation company.

When both the timeout and the slot number have been reached, the case timeout cont will remain as cont to guarantee that the transaction will eventually go through.

Let A lease agreement The let id number The Val cont function enables a contract to provide a value an identifier that it may refer to. The value of the expression is evaluated, and then it is recorded alongside the name id. After then, the contingency clause is added to the contract.

This method enables us to make use of abbreviations and enables us to capture and preserve volatile data that may change over time. For example, the current price of oil or the current slot number can be captured and preserved at a particular moment in the contract execution process to be used later in the contract execution process.

A contract that states or stipulates It immediately continues as cont, but it issues a warning if the observation obs is found to be inaccurate. Assert obs cont does not change the state of the contract. Because the static analysis will fail if any execution results in a false assert, it may be used to ensure that a property holds at any point in the contract. This is possible because it is possible to employ it.

What Distinguishes The Cardano Blockchain From Others?

Cardano is intended to be scalable, long-lasting, and compatible with various blockchains and system designs.

Cardano is unique from other blockchain technology developments in crucial respects. Cardano protocol development, for example, is based on peer-reviewed research, high-assurance code is employed at the highest levels of engineering, and the protocol is written in Haskell, a functional programming language.

Cardano’s future strength lies in its ability to function as a  trustworthy entity to transfer shareholder assets. Stakeholder assets are required for contracting parties to participate. The assets of the contract will be transferred in accordance with a set of rules agreed upon by the parties and programmed into the contract. Money entrusted to a smart contract, on the other hand, will never be “frozen” eternally. The authors can use a timeout to ensure that the money is returned after a particular period.

Value-related agreements and contracts have a significant impact on our financial situation. Cardano smart contracts will offer a robust digital platform for simulating and executing contracts. These contracts give all contract participants total visibility while being extremely secure and self-executing according to the contract’s specifications. Developers may use the Plutus Platform to create efficient means for securely transferring value and giving services to many people around the world. 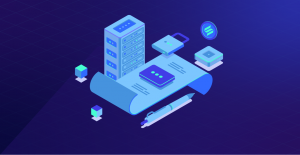 How to Build & Deploy a Solana Smart Contract using Anchor 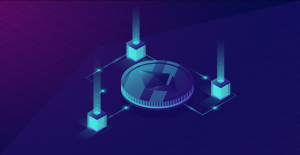 How to Implement Gasless Transactions? 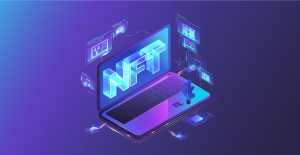